(Please note, I did not, in any way come up with the Superwomen term by myself, that was done already in 1984 by Majorie Hansen Shaevitz who came up with the term "Superwomen Syndrome" to defnie women who was trying to do it all. This is just my storya and take on it.)

Capable is a word many have used to describe me.

Other, very common ones, are a great organizer, work machine (the correct term is workaholic, thank you!), problem solver and fixer.

To sum it up, during the last… ten years, I’ve made myself into just that. A fixer, an organizer and a project leader for basically everything I do.

This is not something I decided on (it’s not like I woke up one day and thought “Ohhh, project leading seems nice, let’s do it”), but rather something that just… happened.

Well, I’ve always had a dream about being a boss so perhaps it was semi-conscious. But since 2012 when I started to relearn my life again, I was in such a sad state. I could barely do basic things like… shopping or even take the local tram by myself.
My ex-husband Svart had to encourage me to do most of the things and accompany me.
But after I got better and better, I felt a need to have control of myself and my life again. I did not want to be a husk of my old self and to feel that my health and life was in the hands of others
I wanted to be in control and I wanted to be able to help others.
Most of all, I wanted to prevent people from getting hurt or to have bad experiences in life.

All of these things turned me onto a path where I became a project leader and a workaholic.

I was a pretty good one. I could juggle a lot of things, keep different projects apart and never drop anything. I managed to get great results, do all the things and dive into new projects and on top of that, have a great homelife and be the fun organizer that always had a plan.

And I felt happy that people appreciated what I did and what I could achieve. I thought that this would prevent me from ever falling into that pit of helplessness and loneliness again.

I did not realize that I had put myself in the position of a Superwomen.

It is when a woman gets into the habit of being a project leader and falls into the trap of doing everything by herself rather than ask for help.

In my case, it was because

3) I already had a pattern of having to be an extra mom for my brothers during my early teenyears and had learned to adapt to not be in the way and to solve my own problems since they took up a lot of space. (Bros, I love you but you were pretty exhausting there.)

This caused me to develop my workaholic pattern (read more here) and to be known as a fixer and a doer in everything.

For me and for many other women, this so-called life of a Superwomen comes with a huge price to pay and often results in burnout and loneliness.

As you might have guessed from my own story above, the Superwoman complex comes from when one strives for a sense of control,but ends up putting other things ahead of one's own well being.

This can be very hard to spot and it took me years!

Well, it’s so easy to be flattered and feel like an accomplished person when you create things that others are enjoying (like organizing events and so on), or being told that you always have things together (being a project leader of a household) or lastly, are the one who can be so creative and come up with great solutions and ideas on the fly (being a fixer and a doer).

The clear downsides of this are:

A lot of these things are similar to the good girl syndrome that many young girls are put into from childhood, with things like:

Being a Superwoman is a straight way to a burnout and instead of being in control, you risk bending over backwards to adjust to what people want or need from you.

Because it is so good to hear those words and feel like you are a strong, capable woman, both in private life and in work life, that it takes a while to realize that you are actually being in zero control.

Read me right here, it is a good thing to be a fixer, a doer and being a project leader for your own life.

But looking at my own story as well as the structures for many other women, this Superwomen thing is when these things start to spill over to the rest of your life and people take advantage of it.

“Well, Anna, you can pull this thing together in a week, right?”

“You are always so good at project leading so we leave this to you!”

“ Strong, independent women.. Love how you can just… organize it all by yourself, it saves so much time and zero help is needed!”.

These expectations and demands are of course without proper credit, payment or acknowledgement which directly affects one's worklife.

The private downside of being a Superwoman is that you can come across as so strong, so damn good of a project leader and fixer that you are not allowed to be vulnerable.
Partners are drawn to you for being a capable woman with a career, goals, ambitions and that you can organize the living shit out of everything.
Many will try to get you to share more duties, to be a team and to be more vulnerable and that can be so good!

If they can live up to this.
However, there is a difference in talking the talk and walking the walk and partners can often be scared to death the first, second or 20th time a Superwoman breaks down under pressure, not having everything together or just being a potato in the sofa.

Because, what people forget about us Superwomen is that we are humans and have the same need for rest, vulnerability and support as everyone else.
When partners and friends are drawn to Superwoman and only feel comfortable with the capable project leader and not the human side of the person… Then it can quickly turn into a very toxic relationship where one part  never is allowed to be weak, have a bad day or even rest. 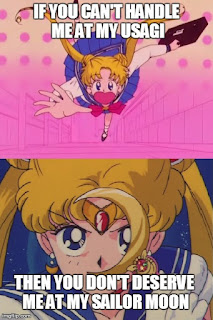 The result is very often an emotional burnout and being stuck in being an unappreciated fixer at work and a project leader at home that never gets a break. A short advice, if you have friends and partners that can only accept you when you are at your best, cut contact with them.

So, what can be done to support Superwomen in your vicinity?

At home and with friends:

In short, a women should not have to be perfect in every aspect and have to juggle private life, relations, work and hell and heaven at the same time.

I have been and still am blessed with great friends that over the years have shown over and over again that it is ok for me to be vulnerable and to not only be in a fixer mode.
But it took a long time to let go and rest in that feeling and it took longer because the pressure of always having to perform was there from so many others.

And to my fellow Superwomens out there: You are great and when you say no, say it again and again. If people around you do not respect it, walk away from them. (There are a lot of articles around on the internet about the Superwoman syndrome, too many to link here but have search and a read!)
Upplagd av Setsuna kl. 11:19